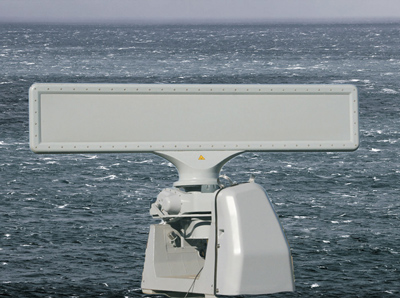 This contract was awarded for radar systems to be applied aboard the Aegis-equipped Fridtjof Nansen-class frigates of the Royal Norwegian Navy with primary role as helicopter control radar and additional supplementary surveillance capabilities. Reutech Radar Systems, a South African radar development and manufacturing company was contracted by Electronicon A.S. as the major sub-supplier into the program.

To date RSR 210N has been installed aboard KNM Otto Sverdrup, KNM Roald Amundsen and KNM Fridtjof Nansen with the balance of the five systems on schedule for delivery later this year and early next year.

A significant milestone was reached with the successful completion of the Final Qualification Review following Sea Acceptance Trials in Norwegian waters at the end of June this year. As part of the run-up to these trials, several engineering trials were conducted, often executed under adverse weather and sea state conditions. The trials collectively proved the system’s ability to provide the ship with a high performance supplementary air/sea surveillance capability as well as to provide high accuracy helicopter position reporting even under complex clutter conditions encountered in the Norwegian landward, littoral and open sea environments.

These trials comprised extensive accuracy measurements, near and far range detection performance of both air and sea targets as well as the system’s ability to classify targets as surface, fixed wing or helicopter. Sustained performance in the presence of electronic counter-measures has confirmed the status of RSR 210N as a true naval radar.