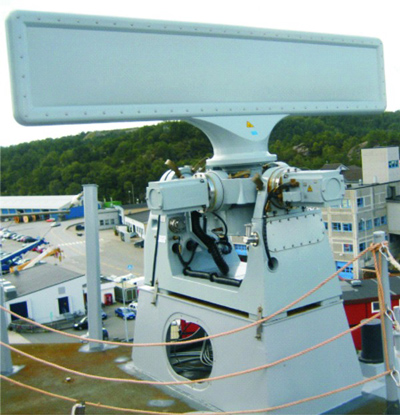 Reutech’s contract for the manufacture of five advanced helicopter control radars, awarded in December 2007, has achieved a significant milestone in the recent successful installation onboard the Royal Norwegian Navy frigate KNM Otto Sverdrup at Haakonsvern Naval Base near Bergen in Norway.

This activity follows completion of Factory Acceptance Tests at Reutech Radar Systems test facilities in South Africa, during which extensive trials against air and surface targets were successfully completed.

The product is particularly suited to the Royal Norwegian Navy Fridtjof Nansen-class frigate requirements due to its system architecture, which allows classification of targets as fixed wing, helicopter or surface targets. This feature significantly aids the primary purpose of helicopter control operations in a multi-target environment.

"We are really pleased with the results obtained during the trials”, asserts Peter Kirkpatrick, Programme Manager." The system has achieved performance beyond expectation and we are confident of smooth passage to completion of sea trials aboard the vessel".

Production and testing of the subsequent four systems for the remainder of the frigates is in progress, with the delivery of subsequent systems on schedule.