Putting the Soccer World Cup on the radar 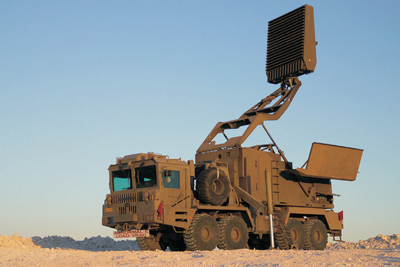 Long after the presentation of the 2010 Soccer World Cup to the Spaniards, South Africa continues to receive praise from here and abroad for its expert handling of this global showcase.

The South African Air Force and elements from other services and divisions of the SANDF were given the responsibility to secure the airspace around the World Cup stadia over the 40-day period of 30 May until 11 July 2010. The South African Army’s Air Defence Artillery drew on the ESR 220 Thutlwa’s local warning radars for deployment around the Nelson Mandela Bay Stadium in Port Elizabeth and Durban’s Moses Mabhida Stadium. Technical maintenance and support to ensure the full operational availability of the ESR 220 were a given.

The SAAF generated its air picture from their static and mobile radars and that of Air Traffic Navigation. The deployment of the ESR 220 completed the picture by providing coverage where low-flying objects, such as micro-lights could usually be difficult to detect.

Much as the tactical footwork of soccer’s finest was admired by enthusiasts of the game, the ESR 220 Thutlwa drew a great deal of The Friendly City’s attention as it travelled to its designated deployment sites. It’s not every day that Port Elizabeth residents get to see the Thutlwa escorted by both military and civil traffic services.

As for Durban, the deployment was much more low-key, due to the Thutlwa’s location. At the same token, the security was strict throughout.

With the fulfilling of Reutech Radar Systems mission statement of provision of superior solutions, the future application of the ESR 220 Thutlwa as an effective radar system, irrespective of the operational environment, remains secure.