Reutech, a local technology company and Soitec, a world leader in the energy industry, recently signed a contract for the supply of solar trackers for a large Concentrated Photovoltaic (CPV) power plant near Touwsrivier in the Western Cape which, after completion, will become the largest CPV power plant in the world.

This plant forms part of Bid 1 of the Government's Renewable Energy Feed-In Tariff (REFIT) programme which adds 1400 Megawatts of renewable energy to the national grid.

These robust and highly accurate CPV trackers were designed and developed at Reutech’s facility in Stellenbosch. The first prototype was developed, built and installed at Touwsrivier after only two months of extensive mechanical design engineering, being extremely short timescales for high technology projects of this nature.

Soitec was selected by the Department of Energy as one of the preferred bidders through the country’s Independent Power Producer (IPP) programme.

Reutech, a subsidiary of Reunert Limited, develops and manufactures ground and naval search and tracking systems for application in the industrial, military and renewable energy environments. Reunert is listed on the JSE in the industrial goods and services sector. 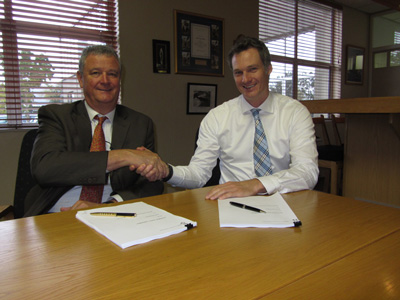